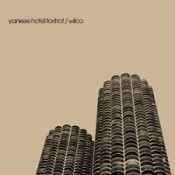 If you are looking to listen to Wilco for the first time this is the album to buy. There are only five guys on this album but at times it feels either less or more than that. The album contains songs that will make you think sometimes about yourself, maybe someone around you, or just life in general. A good example of this is as song called "War on War," which by the title would make you think of Iraq, but if you really listen you it's more about life. This album is by far the most innovative, and it's been a while since a band has combined white noise with actual instruments, a-la: The Beatles. So if you have an hour of your time and you just want to escape reality, kick back fire up a joint, or some coffee, and just close your eyes.

It is the most amazing album since " The White" album. If you have an hour to spare I would recommend listening to this album, you will be touched.