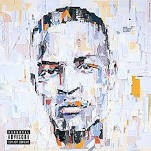 Paper Trail is the sixth studio album by American rapper, songwriter, and producer T.I., scheduled to be released on September 30, 2008.
T.I. delivers his most potent and important LP to date, ‘Paper Trail‘.

The title is a direct reference to T.I.’s return to literally writing down his lyrics, a practice he hasn’t engaged in since his debut.

The first single of Paper Trail, “No Matter What“, was posted on StreetCred’s website on April 29, 2008, as a promotional recording, then released as a single on May 6 along a music video.

On August 19, 2008, the single “Whatever You Like” was made available for digital download. The song reached the number one spot on the issue of September 6, 2008 on the Hot 100, as well as setting a new record for biggest jump to the top position in a week on the chart, going from number 71 to number 1.

I know your aptitude on this. I should say we ought to have an online discourse on this. Composing just remarks will close the talk straight away! What's more, will confine the advantages from this data. <a href="https://www.naturalhealthscam.com/recumbent-exercise-bike-benefits/"&gt;Recumbent Exercise Bike</a>