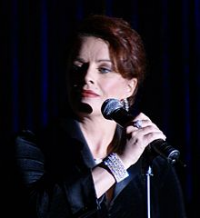 Sheena Easton (born Sheena Shirley Orr; 27 April 1959) is a Scottish recording artist. Easton became famous for being the focus of an episode in the British television programme The Big Time, which recorded her attempts to gain a record contract and her eventual signing with EMI Records. In the US Easton is a two-time Grammy Award winner and achieved 6 Gold albums and 1 Platinum and has sold over 4 million albums in the US alone, and over 20 million records worldwide. She has recorded 16 studio albums, released 45 singles, and has 15 Top 40 hits on the US Billboard Hot 100. Sheena Easton is the only artist in the history of the US Billboard charts to have a top 3 hit on each of the Billboards key charts consecutively: Adult Contemporary, Dance, Pop, Country, and R&B. In the UK, Sheena has 3 top 40 albums and 8 top 40 singles to date.