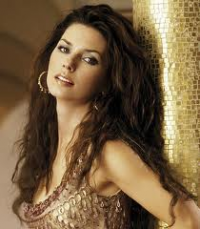 Shania Twain, OC (; born Eilleen Regina Edwards; August 28, 1965) is a Canadian country pop singer-songwriter. Her 1995 album The Woman in Me brought her fame, and her 1997 album Come On Over became the best-selling studio album of all time by a female act in any genre and the best-selling country album of all time, Come On Over sold more than 40 million copies worldwide. Her fourth album, Up!, was released in November 2002 and has sold more than 20 million copies worldwide.

Hi Sami jo Lawson I have a question for a shaina. When it is your album it is come out be because I want to have it can you please send me a copy of it