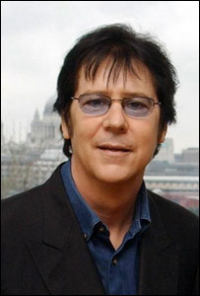 Shakin' Stevens, also known as "Shaky" (born Michael Barratt, 4 March 1948 in Cardiff, Wales) is a platinum-selling Welsh rock and roll singer and songwriter who holds the distinction of being the UK's biggest-selling singles artist of the 1980s. His recording and performing career began in the late 1960s, although it was not until 1980 that he saw commercial success in his native land. In the UK alone, Stevens has charted 33 Top 40 hit singles.