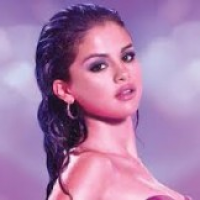 Selena Marie Gomez (born July 22, 1992) is an American singer and actress. Gomez first made her debut appearing as Gianna in Barney & Friends, lasting from 2002 to 2004. Following this, Gomez had cameo roles in films such as Spy Kids 3-D: Game Over (2003) and Walker, Texas Ranger: Trial by Fire (2005). In 2006, Gomez appeared as a guest star on an episode of the Disney series The Suite Life of Zack and Cody, as well as Hannah Montana. Following this, Gomez starred in the Disney television series Wizards of Waverly Place. The series was a critical and commercial success, earning Gomez numerous awards and nominations. Gomez later appeared in numerous Disney series and films including Jonas Brothers: Living the Dream (2008) and Disney Channel Games (2008). In 2009, Gomez appeared in the films Princess Protection Program and Wizards of Waverly Place: The Movie before releasing her first studio album as Selena Gomez & the Scene, titled Kiss & Tell. The album was a commercial success, peaking inside the Top 10 of the Billboard 200.