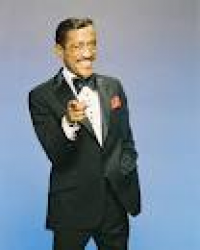 Samuel George "Sammy" Davis, Jr. (December 8, 1925 – May 16, 1990) was an American entertainer. Primarily a dancer and singer, he was also known for his impersonations of actors and other celebrities. At the age of three Davis began his career in vaudeville with his father and Will Mastin as the Will Mastin Trio, which toured nationally. After military service Davis returned to the trio. Davis became an overnight sensation following a nightclub performance at Ciro's after the 1951 Academy Awards. With the trio, he became a recording artist. In 1954, he lost his left eye in an automobile accident, and several years later, he converted to Judaism.