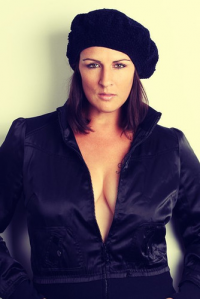 Rebecca Lavelle is an Australian singer. Rebecca started singing and dancing when she was three years old. She attended the Brent Street School of Performing Arts and toured Australia before being chosen to be the voice behind the songs written by Posie Graeme-Evans for Australia's hit television drama McLeod's Daughters. She sang all of the songs on the first two soundtracks for the show (earning her a Gold Album) and made a guest appearance as Bindy Martin in 2006.