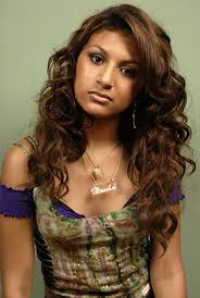 Paula Dacia DeAnda (born November 3, 1989) is an American pop singer-songwriter and actress. She first came to prominence with her first single, "Doing Too Much", which became a hit in the Southwest. She then got the opportunity to audition for Clive Davis, who signed her to Arista Records on the spot. Her debut album, Paula DeAnda, was released in 2006 and contained the Billboard Hot 100 top twenty song, "Walk Away (Remember Me)".