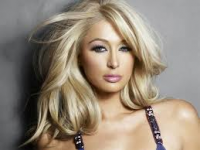 Paris Whitney Hilton (born February 17, 1981) is an American heiress, socialite, television personality, businesswoman, fashion designer, entrepreneur, model, actress, producer, author and singer. She is the great-granddaughter of Conrad Hilton, the founder of Hilton Hotels. Born in New York City and raised in both California and New York, Hilton began a modeling career as a teenager when she signed with Donald Trump's modeling agency, T Management. Her hard-partying lifestyle and rumored short-lived relationships with Leonardo DiCaprio and Oscar de la Hoya led her to earn a position as a fixture in entertainment news. For her notoriety as a socialite, Hilton was hailed by the media as "New York's leading It Girl" in 2001.