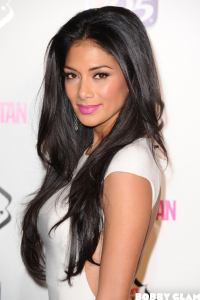 Nicole Prescovia Elikolani Valiente Scherzinger ( ni-KOHL SHUR-zing-?r; born June 29, 1978) is an American recording artist, and television personality. Born in Honolulu, Hawaii and performing in singing and dancing competitions as a child, she began her music career as a member of Eden's Crush, which in 2003 she was relocated to join Pussycat Dolls, one of the world's best-selling girl groups of all time. Scherzinger's debut solo single "Baby Love" (2007), released during the group's hiatus, became a moderate success. Scherzinger followed with single "Jai Ho! (You Are My Destiny)" (2009), which reached the top of the charts in 18 countries, establishing the singer as a viable solo artist worldwide.