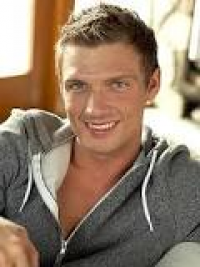 Nickolas Gene "Nick" Carter (born January 28, 1980) is an American singer-songwriter, dancer, musician, entertainer, author and actor. He is best known as a member of the pop group Backstreet Boys. He has released two solo albums, Now Or Never and I'm Taking Off during breaks taken by the Backstreet Boys. He has made occasional television appearances and starred in his own reality show, House of Carters. He gained fame in the late 1990s and early 2000s as a teen idol. He is also the older brother of singer Aaron Carter.