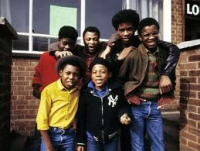 Musical Youth is a British reggae band. They are best remembered for their successful 1982 single "Pass the Dutchie", which became a number 1 hit across the world. The band recorded two studio albums, and released a number of successful singles throughout 1982 and 1983, including a collaboration with Donna Summer. Musical Youth earned a Grammy Award nomination before disbanding in 1985 after a series of personal problems. The band returned in 2001 as a duo.