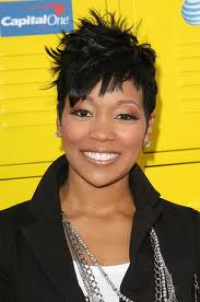 Monica Denise Brown,simply known as Monica (née Arnold; born October 24, 1980), is an American singer, songwriter, producer, and actress. Born and raised in College Park, Georgia, she began performing as a child and became part of a traveling gospel choir at the age of ten. Guided and developed by record producers Dallas Austin and Tim & Bob, Brown signed with Arista at age thirteen and released her debut album Miss Thang in 1995. It sold 1.5 million in the US, while its first two singles "Don't Take It Personal" and "Before You Walk out of My Life" made her the youngest recording act to ever have two consecutive chart-topping hits on the Billboard Top R&B Singles chart.