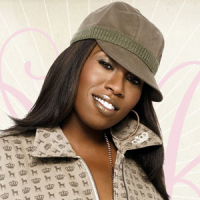 Melissa Arnette "Missy" Elliott (born July 1, 1971) is an American rapper, singer-songwriter, record producer, dancer and actress. A five-time Grammy Award winner, Elliott, with record sales of over 30 million in the United States, is the only female rapper to have six albums certified platinum by the RIAA, including one double platinum for her 2002 album Under Construction. Elliott is known for a series of hits and diverse music videos, including "The Rain (Supa Dupa Fly)", "Hot Boyz", "Get Ur Freak On", "One Minute Man", "4 My People", "Work It", "Pass That Dutch", and "Lose Control." In addition, she has worked extensively as a songwriter and producer for other artists, both alone and with her fellow producer and childhood friend Timbaland, with whom she received her first production credit on R&B singer Ginuwine's 1996's album Ginuwine...the Bachelor.