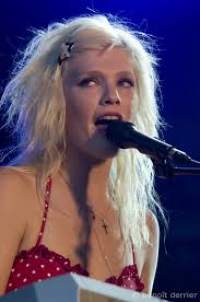 Michaela Maree Gehrmann (born 28 June 1984), who performs as Micky Green, is an Australian-born blues and pop singer-songwriter. Green left home at 18-years-old to work in modelling but has mainly concentrated on her music career. At the age of 21 Green relocated to Paris, France. Her debut album White T-Shirt was released there on 27 August 2007, which peaked at No. 12 on the French Albums Chart. Her second album, Honky Tonk, appeared on 18 January 2010, and reached the top 40. Her most popular single, "Oh!", was issued in May 2008 and peaked at No. 12 on the French Singles Chart. As a model Green has worked for Christian Dior and Diesel but by 2010 she had "all but quit modelling".