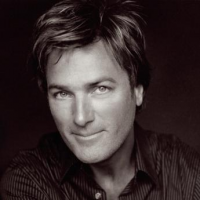 Michael Whitaker Smith (born October 7, 1957) is an American contemporary Christian musician, who has charted primarily in the contemporary Christian and occasionally in the mainstream charts. His biggest success in mainstream music was in 1991 when "Place in this World" hit No. 6 on the Billboard Hot 100. Smith is a three-time Grammy Award winner, and has earned 40 Dove Awards. Over the course of his career, he has sold more than 13 million albums and recorded 29 No. 1 Hit songs, fourteen gold albums, and five platinum albums. Smith is an American Music Award recipient; he was also named one of People magazine's "Most Beautiful People".