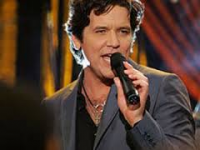 Michael Damian Weir (born April 26, 1962) is an American actor, Billboard #1 recording artist and producer, best known for his role as singer Danny Romalotti on the soap opera The Young and the Restless, which he played from 1980 to 1998 and reprised as a guest star on several different occasions, the most recent being Spring/Summer 2012.