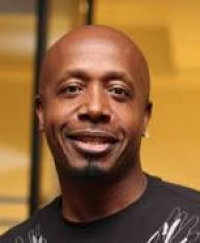 Stanley Kirk Burrell (born March 30, 1962), known professionally as M.C. Hammer (and later simply Hammer), is an American rapper, dancer, entrepreneur, spokesman and occasional actor. He had his greatest commercial success and popularity from the late 1980s until the mid-1990s. Remembered for a rapid rise to fame, Hammer is known for his hit records (such as "U Can't Touch This" and "2 Legit 2 Quit"), flashy dance movements, choreography and trademark Hammer pants. Hammer's superstar-status and entertaining showmanship made him a household name and hip hop icon. He has sold more than 50 million records worldwide.