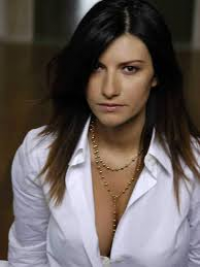 Laura Pausini, omri is an Italian pop singer-songwriter. She debuted in 1993, winning the newcomer artists' section of the 43rd Sanremo Music Festival with the song "La solitudine", which became an Italian standard and an international hit, reaching the top spot on the Italian Musica e Dischi singles chart, as well as on the Dutch Top 40 and on the Flemish VRT Top 30. As of today, she has released ten studio albums, an international greatest hits album and two compilation albums released for the Hispanic and Anglophone market only, respectively. She performs most of her songs both in Italian and Spanish, but she has also recorded songs in English, French and Portuguese.