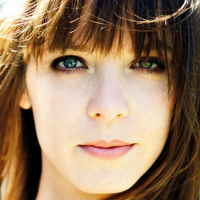 Laura Jansen (born 4 March 1977, Breda, The Netherlands) is a Dutch-American singer-songwriter based in Los Angeles. Before gaining fame in her native country, the Netherlands, Jansen became a fixture in the constellation of artists associated with Los Angeles nightclub The Hotel Café – a national launching pad for artists as Sara Bareilles, Priscilla Ahn, and Joshua Radin. As daughter of an American mother and Dutch father, Laura has been living in the U.S.A. for over 10 years.