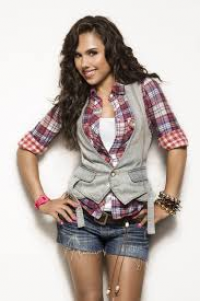 Kristinia Jamie DeBarge (; born March 8, 1990) is an American singer, songwriter, dancer and actress. She first appeared on national television in 2003 as a contestant on the American Idol spin-off, American Juniors. In 2009, DeBarge signed a contract with the Island Records department Sodapop, releasing her debut album Exposed in July of the same year. The first single, "Goodbye", reached the top 20 in the US and Canada. The lead single ("Cry Wolf") from her untitled sophomore album was released on September 27, 2012.