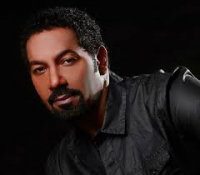 Keith Washington (born November 15, 1960) is an American R&B vocalist from Detroit, Michigan who scored a hit single in the United States in 1991 with "Kissing You", which was also used as background music for an episode of soap opera General Hospital on ABC. "Kissing You" was nominated for a Grammy Award for Best R&B Vocal Performance Male and won a 1992 Soul Train Music Award for Best R&BHip-Hop Songs chart for one week.