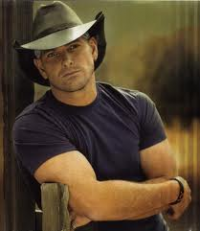 Keith Anderson (born January 12, 1968) is an American country music artist. Before signing to a record deal, Anderson was one of several co-writers on "Beer Run (B Double E Double Are You In?)", a duet by Garth Brooks and George Jones, released in late 2001. Anderson was signed as a recording artist to Arista Nashville in 2004. His debut single "Pickin' Wildflowers" was released that year, as the lead-off track from his debut album Three Chord Country and American Rock & Roll. Counting "Pickin' Wildflowers", the album produced a total of four hit singles on the Billboard Hot Country Songs charts, and was certified gold by the RIAA.