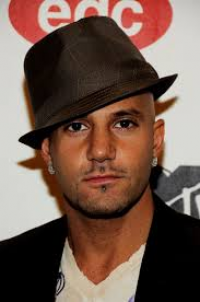 Carl Abou Samah (Arabic: ???? ??? ????; born April 18, 1979) better known by his stage name Karl Wolf is a Lebanese-born Canadian musician based in Montreal, Quebec, Canada. He has been a singer, songwriter and producer since 2001, releasing his first solo album Face Behind the Face on MapleNationwide/Universal in January 2006, followed by a second album Bite the Bullet in November 2007. His third album Nightlife was released on November 17, 2009. After 9 years with EMI Music, in March 2010 he signed a new recording contract in the United States with Universal Republic followed by a worldwide deal with Universal Music Canada in 2011. EMI Japan and EMI Middle East still have exclusive license to Karl Wolf's upcoming album. Through his company, Lone Wolf Management, he also manages a number of new artists.