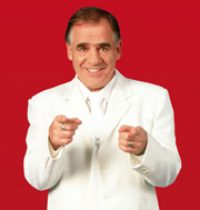 Joseph "Joe" Francis Robert Dolan (16 October 1939 – 26 December 2007) was an Irish entertainer, recording artiste and pop singer. Chiefly known in Ireland for his association with showbands and for his innovative style and high pitched singing voice, he had a wide appeal with many international fans. His energetic and charismatic stage performances were well known as was his long standing advertising slogan: "There's no show like a Joe show" . He was generally regarded as the greatest international star produced by the Irish showband era. The only Irish singer to reach the Top Ten in the 1960s, 1970s, 1980s, and 1990s, Dolan was a constant presence on the hit parade in Ireland and overseas.