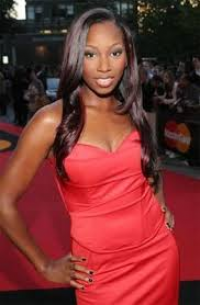 Jamelia Niela Davis (born 11 January 1981), best known mononymously as Jamelia, is a British singer-songwriter, model, entertainer, television presenter and actress. She is most famous for her use of a cappella and prolific work in the R&B genre. She has released three studio albums, each of which has reached the Top 40 in her native UK, which collectively have spawned eight UK top ten singles. In addition, Jamelia has won four MOBO Awards, a Q Award and has received nine BRIT Award nominations. Jamelia is one of Britain's most successful black female entertainers. Her career has spanned over ten years after being signed straight out of school at 15 to a major record label. She attended the CTC Kingshurst Academy formally known as the City Technology College. She was regularly known to announce that she would one day become a star - a dream that became a reality.