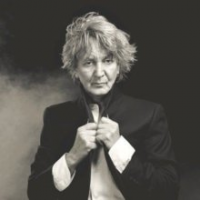 Jacques Joseph Victor Higelin (born 18 October 1940 in Brou-sur-Chantereine, Seine-et-Marne, France) is a French pop singer who rose to prominence in the early 1970s. Early in his career, many of Higelin's songs were effectively blacklisted from French radio because of his controversial left wing political beliefs, and his association with socialist groups. He is also known as Higelin.