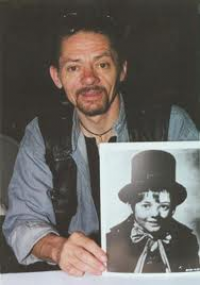 Jack Wild (30 September 1952 – 1 March 2006) was a British actor best remembered for his performances in both stage and screen productions of the Lionel Bart musical Oliver! with Ron Moody, Mark Lester, Shani Wallis and Oliver Reed. He received an Academy Award nomination as Best Supporting Actor at the age of 16 for his role as The Artful Dodger in Oliver! (1968), as well as BAFTA Award and Golden Globe Award nominations as Most Promising Newcomer. In addition to his role in Oliver!, Wild is also known for his leading role as Jimmy in the 1969 NBC children's television series H.R. Pufnstuf, as well as the 1970 feature film adaptation Pufnstuf.