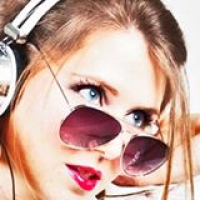 Raised in Majorca Island, she started singing at school. But she truly started developing her talent thanks to her voice training at the age of 15 and being part of several bands.
When she moved to Barcelona to finish her studies she never stopped singing. But it was in 2008 when she started singing electronic house and dance music as Inmagine.

She started working with Surrender djs, who produced her first tracks in which she already showed his versatility and wide vocal range. These tracks also meant the opportunity to start writing her own melodies and lyrics.
Her songs are played in recognized national radios and are included in famous music compilations and music platforms such as Beatport or iTunes.

Inmagine has performed live in some of the most important clubs in Majorca and Catalonia such as Pacha la Pineda, Tito’s, BCM, Wonder’s, among others. In her live acts she always shows the smoothness and the power of her voice, combined with a great connexion with the audience.

The last year she has focused on the dance music style, getting tracks such as Sweet Love, produced in collaboration with Albert Kick and Deejay Axpe