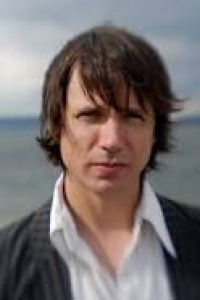 Ian Moore (born August 8, 1968 in Berkeley, California, USA) is a guitarist and singer-songwriter from Austin, Texas. He studied fiddle as a child, but switched to guitar when wrist problems interfered. His music contains elements of folk, rock and roll, world music, and blues. After playing guitar in Joe Ely's touring band and appearing on one studio album, he spent time in Austin with his own group, first Ian Moore and Moment's Notice, then The Ian Moore Band. He attended The University of Texas at Austin but when given the opportunity for a nation wide tour, he dropped out with the intention of finishing later but, never did. Prior to Luminaria's release, he moved to Vashon Island, located in Puget Sound near Seattle in the State of Washington, where portions of "To Be Loved" were recorded in his home studio.