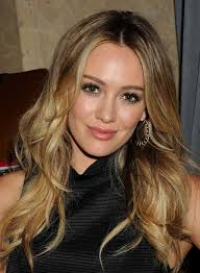 Hilary Erhard Duff (born September 28, 1987) is an American actress, singer, songwriter, entrepreneur, author, and humanitarian. Born and raised in Houston, Texas, Duff appeared in local theatre productions and television commercials before coming to prominence in the title role of Disney Channel's teen comedy Lizzie McGuire. Established as a teen idol, Duff reprised that role in The Lizzie McGuire Movie (2003) and ventured into motion pictures with her early films Agent Cody Banks (2003), Cheaper by the Dozen (2003), A Cinderella Story (2004) and Cheaper by the Dozen 2 (2005) being among the biggest commercial successes of her career. Most recently, she has performed in a string of independent films with notable roles in War, Inc. (2007) and Bloodworth (2011) and television dramas, such as Gossip Girl, in addition to sharing production credits.