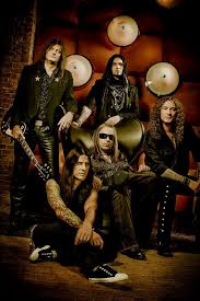 Helloween is a German power metal band founded in 1984. The band was a pioneering force in the power metal subgenres and their second and third studio albums, Keeper of the Seven Keys, Pt. 1 and Pt. 2, are considered masterpieces of the genre. Twelve musicians have been a part of the band's line-up in its history, which has consisted of singer Andi Deris, guitarists Michael Weikath and Sascha Gerstner, bass guitarist Markus Grosskopf, and drummer Daniel Löble since 2005.