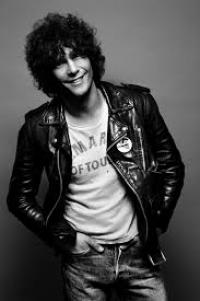 Håkan Hellström is a Swedish musician. He got his Swedish breakthrough in the year 2000 with the song "Känn ingen sorg för mig Göteborg" ("Don't feel sorry for me, Gothenburg"). In 2005, Hellström released his fourth album, Nåt gammalt, nåt nytt, nåt lånat, nåt blått (literally: Something old, something new, something borrowed, something blue), which is a collection of old material that never made it onto any of his albums, a few new songs and covers. In 2006, following the birth of his son, he announced that he would take a break from touring and recording. Despite this, he still performed occasional gigs. Since then he has released his fifth album För sent för Edelweiss (Too Late for Edelweiss).