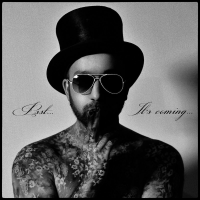 Dani’el, was born in Varazdin, Croatia. His musical education began at the age of 7 at the School of Music in Varazdin, studying clarinet and vocal training. In 1995, he enrolled at the Academy of Music, University of Zagreb, and 4 years later completed his postgraduate studies. Today, he's working as a professor in the School of Music in Zagreb.
Dani’el has successfully collaborated with Grammy nominated producers and engineers from Los Angeles, which have worked with some of the biggest names in the industry such as Beyoncé, Wyclef Jean, Bruce Springsteen, OneRepublic, Leona Lewis and many others. One of these producers is P. Flo Macheck (Wild Cowboys Studio, Vienna) who worked with Lady Gaga on her maxi single Alejandro. Locally, Dani’el has also collaborated with many DJ's from the Croatian music industry such as Ivica Petak, Pavao Wyrus and many others.
Artistically, Dani’el is working with well-known directors, photographers, stylists, and makeup artists which began in his first video for single “Jedan tren”, and can currently be seen in his latest video for singles “Safe” and “Sorry”.
The single for "Safe (Radio Edit)" was released in March 2012 via Dita Entertainment, also appeared in an extended mix for the German Label Conzoom Records (Compilation ElectroPop 7), and has reached Top 15 in the German Electronic Chart.
Dani'el latest project is working with Osenkar, the new alias of a veteran of the dance scene, with multiple #1s on Beatport including 2012 artist to watch and Beatport Music Award nominee.
Album The Book coming this fall.