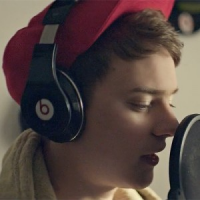 Conor Paul Maynard is a British singer from Brighton. He was nominated for, and subsequently won MTV Brand New 2012. He is due to release his debut single "Can't Say No" on 16 April 2012. After uploading videos featuring cover versions of popular songs onto YouTube, Maynard was scouted and subsequently began touring around the United Kingdom
18 Years Old.He was born 21st November 1992.