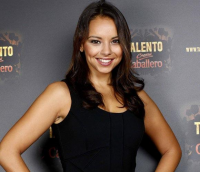 María Laura Corradini Falomir, popularly known as Chenoa (born June 25, 1975 in Mar del Plata, Argentina, but raised in Majorca, Spain) is an Argentine-Spanish female music artist who became successful after appearing on the TV contest Operación Triunfo. Her music style could be described in the United States as pop. Most of her music is in Spanish, although a few tracks on some albums were recorded in English. Although her albums are not readily available in the U.S. record shelves as they are in Spain and Latin America, they can be found on the Internet. She has sold more than 1,000,000 records since 2002.