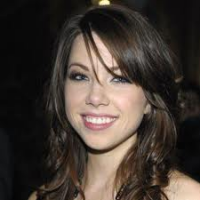 Carly Rae Jepsen rules the charts with an unbreakable stubbornness. Until last December, nobody in America has ever heard about her and still, she was already a rising music starlet. For those who know nothing about Carly Rae Jepsen but her song “Call Me Maybe,” here’s a short update.

The girl who spent her teenage accumulating pop culture in her hometown of Mission, British Columbia, Canada, finished on the third place in the 2007 season of Canadian Idol. This led to a recording contract with Fontana and Maple music, but also a debut in the music industry, on June, 2008, when she released her debut single and another single, a cover of John Denver’s song “Sunshine On My Shoulders.” Two new songs followed, “Bucket” and “Heavy Lifting” and then, in the fall of 2008, the new Canadian singer released her debut album, Tug Of War, that included two more songs, “Tug Of War” and “Sweet Talker”, which actually received radio airplay on various stations across Canada. In the spring of 2009, she toured Canada with Marianas Trench and Shiloh, and then she went on another cross-Canada tour with Marianas Trench, The New Cities and Mission District. Despite hitting the road several times that year, she still focused on making new music, so she made a duet with Josh Ramsay of Marianas Trench for the video of “Sour Candy” and Ramsay helped her produce and release “Call Me Maybe.”

This was the turning point in her career. In fact, one may say she had no career until Justin Bieber heard her song “Call Me Maybe” on the radio while visiting his family in Canada and tweeted to his 22 million followers that ” ‘Call Me Maybe’ by Carly Rae Jepsen is probably the catchiest song I’ve ever heard. Lol.” From that moment, Jepsen’s life changed for good: “All of a sudden people were direct-messaging me from Germany and all over the world,” she confessed to Rolling Stone. “It was crazy” but it was just a feather in the wind until Bieber, Selena Gomez and Ashley Tisdale uploaded a YouTube video where they lip-synced to the song.

Moreover, on the same day of Jepsen’s second album Curiosity release, Bieber announced that Jepsen has been signed to Schoolboy Records, the label run by Scooter Braun, his manager. Written by her good friends, Josh Ramsay and my guitarist Tavish Crowe, the song that made her famous worldwide started like any song starts, “just sort of a folky tune that I was playing while I was on the road with Tav,” as the singer said. Then, it turned into a massive hit that permeated the charts for weeks in a row. In fact, “Call Me Maybe” is the first song by a Canadian artist to reach the top of the digital chart since Justin Bieber’s “Baby” two years ago.

What comes next for Carly Rae Jepsen remains to be seen, but her fans are positive she will make great musical surprises as she has just stepped on the path to fame and success and she has much more to prove to the world and to herself. Her mentor, Justin Bieber, will definitely play his part so we may hear her name a long time from now.