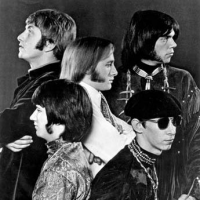 Buffalo Springfield was a North American rock band renowned both for its music and as a springboard for the careers of Neil Young, Stephen Stills, and Richie Furay. Among the first wave of North American bands to become popular in the wake of the British invasion, the group combined rock, folk, and country music into a sound all its own. Its million-selling song "For What It's Worth" became a political anthem for the turbulent late 1960s.