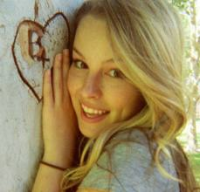 Bridgit Claire Mendler (born December 18, 1992) is an American actress, musician, and singer-songwriter. She plays Teddy Duncan in the Disney Channel Original Series Good Luck Charlie and appeared in the 2009 made for television film Labor Pains. In 2009, Mendler became a recurring character for the Disney Channel Original Series Wizards of Waverly Place. In December of that year, Mendler made her theatrical debut in the film Alvin and the Chipmunks: The Squeakuel, released on December 23, 2009. Following the positive reception to her character on the "Wizards", Mendler became the star of the Disney series Good Luck Charlie, which premiered in April 2010. In 2011, Mendler appeared in the film Good Luck Charlie, It's Christmas.