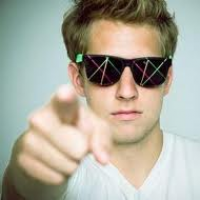 Alex: Why don’t you start off by telling us a little bit about yourself…
Ben: My name’s Ben Rector, I’m from Nashville, Tennessee, and I play music.

AB: When did you know that this is what you wanted to do?
BR: I enjoyed music in high school but I didn’t really, I don’t think I knew it was even a possibility to do until college when people started to seem to be interested in what I was doing.

AB: What/who is your biggest inspiration?
BR: You know, when I was in high school I listened to a lot of John Mayer, Dave Matthews. I think everybody roughly my age probably has a middle school full of Jack Johnson, John Mayer and Dave Matthews, which is probably uncool to admit but I think they’re all awesome. I mean, obviously they shaped, kind of early on they shaped my songwriting and playing and all that kind of stuff and as I just kinda got into more stuff it started to evolve more. So I’d say early on, that stuff. Um, I grew up going to church and then there were some local singers that I thought were really good that kind of inspired me to sing.

AB: If you could relive any moment in your life so far, what would it be?
BR: Oh, that’s tough. You know, Id probably say some part of college. It’s such a unique thing to live with all of your friends.

AB: Tell us a little bit about Something Like This.
BR: Okay, I wrote the record kind of on the heels of my last record, Into the Morning and that was the first record that I’d ever released that, I mean, that’s I guess successful, if you could call it that. That’s a really relative term. It felt very successful to me, I’m sure to many people it was not successful and maybe to some people it was, I don’t know. But, uh, Something Like This was the first record I’d ever released where there was kind of a group of people anticipating it. I think it was also, the record cycle of Into the Morning was the first time I was ever doing music on a higher level than I’d done it before. People were coming to shows and buying stuff, a lot of people bought it online. I think it was this weird mix of, like, disbelief that I was really getting to do this and also, sort of, a bunch of…I wouldn’t say pressure because it wasn’t negative, but I just had a knowledge that was like “I really need to be very good at this, I’m going to keep this going.” I feel like music I kind of a privilege, not really a right, you know? It’s kind of a dream job. So, I worked really intensely to improve as a songwriter and a player and that stuff. Really more a songwriter, not much of a player. Yeah, so I wrote the songs and that’s how it came out.

AB: When did you first begin writing?
BR: I started writing in high school; I was probably 16 or 17.

AB: Do you remember what your first song was about? There is usually some sort of story there.
BR: It was probably about kissing my high school girlfriend. That’s an honest answer.

AB: What song that you’ve written is the most meaningful to you?
BR: I don’t know if I could pick just one. I think they all are, like, a little bit different. I feel like that’s kind of like asking, I don’t know, some golfer “What’s the best hole of golf you’ve ever played?” It’s like well, you know, some are like par 3, some are par 5, whatever. I only say that because I was just playing Golden Tee. But, I don’t know, I think, I don’t know if I could pick just one because they all are meaningful in different ways. There are ones I’m proud of, you know, that stand above the rest of them but they’re all kind of different. So, that was a big answer, or not an answer.

AB: What advice would you give to a songwriter that is just beginning to get out into the musical world?
BR: I would say hone your craft until it is something unique and special. Like I said, I don’t think doing music is a right and I just feel like a lot of people that I’ve met are like “Oh, I’m a talented enough person. I should be able to just make a good living doing this and that’s it.” Just like anybody else should be able to be a banker or a…whatever. And because music is, there’s a ton of people who want to do it and there’s not necessarily as much money in it as an industry as there is in other industries, we’re not really providing a necessary commodity. It’s not like food or oil. So, you’ve got a lot of people who want to do this thing that’s, in the grand scheme of things, kind of unnecessary. So you just need to be extraordinarily good at that. So I would say write a lot of songs and get good at it. Get good at whatever it is that you’re good at.

AB: Where to you hope to find yourself in ten years?
BR: I hope to find myself happy, and doing music in some form, and improving on what I’m doing.

AB: What is one thing people may be surprised to learn about you?
BR: Umm, Benji, you want to chime in on this?
Benji (tour manager): He’s got some very characteristic ways in which he talks with his hands. They’re, like, uniquely his.
BR: Oh, really? What is it?
Benji: (Doing hand motions) Just a lot of palms down swiping. There’s a lot of hand chops, sort of slicing for emphasis. I feel like in a show you usually talk in a mic so there’s not much hands, just wave. But when he talks he’s got some pretty specific chops.
BR: We’ll take that. I talk with my hands. (laughs)

AB: If you could collaborate with any artist, who would it be?
BR: Uh, I’d say it probably just depends on the day you ask me. Maybe Allison Krauss today. Allison, if you’re listening, you have the voice of an angel.

AB: What has been the biggest obstacle you’ve had to face, if any, in your career?
BR: Balance. I would say, um, yeah, it’s kind of a constant tight rope walk in a lot of aspects as far as, like, staying inspired, balancing staying inspired and staying disciplined. Balancing, working hard but kind of, like, protecting your home life. I think just keeping things in balance is a difficult thing

AB: If you could speak to all of your fans at once, what would you want to say to them?
BR: Thank you because, in small increments, they are the only thing that allows me to pay for my life and to give me a job doing this. Without people listening or being excited about it, I would be in another profession. So I would say thank you.