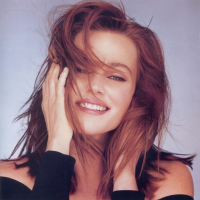 Belinda Jo Carlisle (born August 17, 1958) is an American singer who gained worldwide fame as the lead vocalist of the Go-Go's, one of the most successful all-female bands of all time. Topping the Billboard charts with the Go-Go's, she sold more than seven million albums in just three years and later went on to have a successful solo career with hits such as "Mad About You", "Summer Rain", "I Get Weak", "Circle in the Sand", "Leave a Light On" and "Heaven Is a Place on Earth" among others, which were major successes in the United States and the United Kingdom as well as internationally.