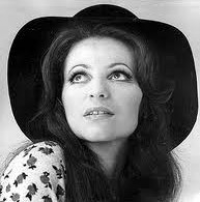 Polish pop singer who thrived in the 1970s.
Wife of composer Jarosław Kukulski.
Jantar became her solo career in 1972.

Anna Jantar's musical career came to a tragic end when she died in a plane crash in woods South of Warsaw on a return flight from the USA. She left a small daughter behind, who later became a singer herself but didn't not achieve her mother's fame.