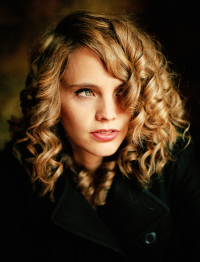 Anna Margaret Michelle Calvi (born 24 September 1980) known professionally as Anna Calvi is an English musician who plays in the band of the same name. On 6 December 2010, Calvi was announced as a nominee for the BBC's Sound of 2011 poll. Her debut album Anna Calvi was released in the UK on 17 January 2011, where it debuted at number 40 on 23 January. The album was subsequently nominated for the prestigious Mercury Music Prize in 2011. Calvi was also nominated for Best British Breakthrough at the 2012 BRIT Awards.