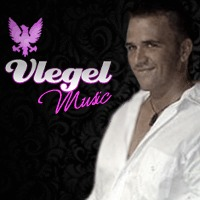 The style of Vlegel’s music can be described as a melodic, energetic and progressive house.

You can hear and feel nearly the same influence of trance like in his other project Bluesolar. His career in music production was started in 2006, but until 2010 he made only trance music. Then he was getting closer to progressive house and he completed a beating tune with Dj Malika who is Russia’s number one topless Dj. After a few more releases, he made another great tune called ’Feel the Hard Rock’ with the tecktonic anthems creator, HARDROX.

The first real hit was released in the summer of 2011 with the ‘After Night in Ibiza’, it leads the online music stores selling charts. The breakthrough came with the ‘Bring it Back’ tune, this attracted the attention of ‘Stereo Palma’ and then they started the collaboration. Both music has a video, it was shoot in Ibiza and Miami.