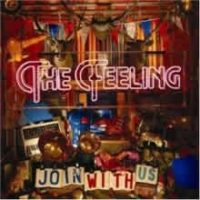 The Feeling - Join With Us

‘Join With Us‘ is the second album by Sussex based “soft rock” group The Feeling.
It was released on 18 February 2008, preceded by the first single from the album, “I Thought It Was Over.”

Join With Us debuted in the UK charts at #1.
Picking up where debut ‘Twelve Stops And Home’ left off, the band take their blend of 70s influenced soft rock and pop to subtle new heights.

The album sold 41,676 copies in the UK during its first week, lower than the first-week sales of the debut album Twelve Stops and Home which sold 43,304 at its peak placing of #2 behind the debut album Smile… It Confuses People by Sandi Thom.