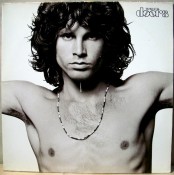 The Doors - The Best Of The Doors

1. Riders on the Storm

6. Break On Through (to the other side)

Basically this album is a must for almost any music fan, with the Doors being one of the most influential bands of all time and Jim Morrison's dark lyrics, they made beautiful music that is still respected and listened to today. This [i]Best Of[/i] contains almost all of the band's greatest and most famous songs, from the dark [i]Riders on the Storm[/i] and [i]The End[/i], to the well known [i]Light My Fire[/i] and [i]Break On Through (to the other side)[/i].

The only fault I can find with this album is that it lacks a couple of other greats such as [i]Crawling King Snake[/i], and it is Digitally Remastered which can sometimes be off putting. This is an obvious album and one which doesn't really need a deep review as a lot of people will already know their music, and know that the Doors need no introduction.

Never the less, this is a great album and a good start to getting into the Doors if you aren't already.