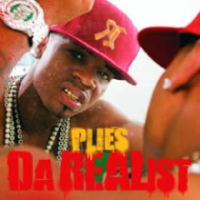 Da REAList is the third studio album from rapper Plies. It was released on December 16, 2008, marking the Ft. Meyers, Florida based rap superstar’s third full length release in just under six months, after his previous release, Definition of Real.

Plies called the album “the best album of 2008″ and “my best work so far.”
Plies has never declared himself a lyrical juggernaut, he makes music you can listen to and enjoy, for those purposes it lives up to expectations. This is his most consistent album out of the 3 he put out.
If you want some real street music, then you gotta cop this album.

The promo single, “Pants Hang Low” was released on iTunes on September 23, 2008. Plies was one of the few to speak out against the pants ban in southern cities.

The first official single, “Put It on Ya,” features Chris J and was released on October 7, 2008.
Music videos have been made for “Heard of Me”, “Put It on Ya”, “Family Straight” and “Street Light”.
“Spend The Night”, and “Want It, Need It” have already charted due to airplay.