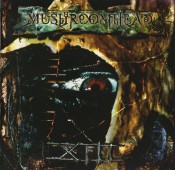 XIII was the last album with the vocalist "J. Mann" in it. The vocals included him along with Jefferey Nothing on vocals. This was sort of a downfall in a few ways based on the previous amazing album "XX". There were not as many heavy or timeless songs on here as it was on "XX" (pronounced double X). It was a good album, but just not what i expected. It had some power but this is more for the metal fans that like it a lil slower, and a little bit smoother and softer. Not as heavy.