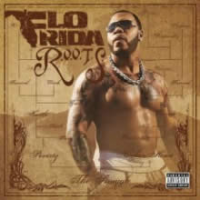 R.O.O.T.S. (an acronym for “Route of Overcoming the Struggle”) is the second studio album by American rapper Flo Rida. It was released on March 31, 2009.
American rapper Flo Rida became a global success with his debut album ‘Mail On Sunday‘ in 2008. The follow-up, ‘R.O.O.T.S’, has already produced a download record breaking single in ‘Right Round‘, for the most sales in one week. He also held the previous record, with ‘Low’. This time around Flo Rida provides more of an insight into his life, the mood of the music varying to mirror his experiences, making for a well-rounded collection of songs.
As on the previous collection, ‘R.O.O.T.S.’ sees Flo Rida joining forces with an extraordinary array of A-list collaborators, featuring artists like Nelly Furtado, Ne-Yo, and Pleasure P, and including production from Jim Jonson, Dr. Luke, Eric Hudson, Mike Caren, and DJ Montay, who produced ‘Low.’
Flo Rida has said that “there’s definitely something for everybody on this album” in an interview with Billboard, and this is undoubtedly true.
The single ‘Right Round’ is good enough to encourage buying this album but frankly the entire album is good. Much more personal than ‘Mail on Sunday’, many tracks seem to speak more directly to his early days/life.

“Right Round” was released as the album’s lead single, and became Flo Rida’s second #1 smash hit. Released on January 25, 2009, the song debuted at #58 on the Billboard Hot 100 on February 18, 2009. The song jumped to #1 on the Billboard Hot 100 topping the one million mark in paid downloads in just two weeks and becoming the fastest million-selling download ever in the US. It has remained #1 on the US Hot 100 for over a month.
“Shone“, was released as a promotional single on February 24, 2009 and peaked at #57 on the Billboard Hot 100.
“Sugar” is the album’s second single. It was released on March 17. In its first week on the Billboard Hot 100 chart it debuted at the number 25 spot, making it Flo Rida’s highest debut to date.
The possessor behind arguably one of the hip-hop world’s best aliases, Tramar Dillard has been making club music for years since his teenage days with 2 Live Crew, but it was only until last year’s Mail on Sunday and the titanic single “Low” that Flo Rida became a household name. A little over a year later and now we have Routes of Overcoming The Struggle, or R.O.O.T.S., a record with a heavy name that is hardly reflective of its party nature.
…
By now you and everyone else in the country has heard first single “Right Round,” which swipes the melody from the notorious Dead or Alive song, and it is these kind of club bangers that make R.O.O.T.S. a worthy record for a few spins on the dance floor, if nothing else.